Each year since 1999 the 2000 most popular songs of all time, as voted by the show's audience, are played on Dutch national Radio 2. The 2000 songs are on the air between noon on December 25th until New Year's Eve and over half of the Dutch population listens to the Top 2000 each year.

Each ⬤ below represents a song in the Top 2000. It is placed according to its year of release. Check out the more elaborate poster of this visual (or the Dutch version) to understand what the different colors surrounding a song mean (The Beatles, David Bowie, Prince & Special songs) & to get more background information on this year's edition and the trend over the last 17 years.

Each ⬤ in the image below represents a song in the Top 2000. It is placed according to its year of release. Click on the image below to go to a big version of the visual and see the details (or go to the Dutch version) to get more background information on this year's edition and the trend over the last 17 years.

Visit this page on your laptop to see a much bigger interactive version and discover the artist and song of each of the 2000 songs! 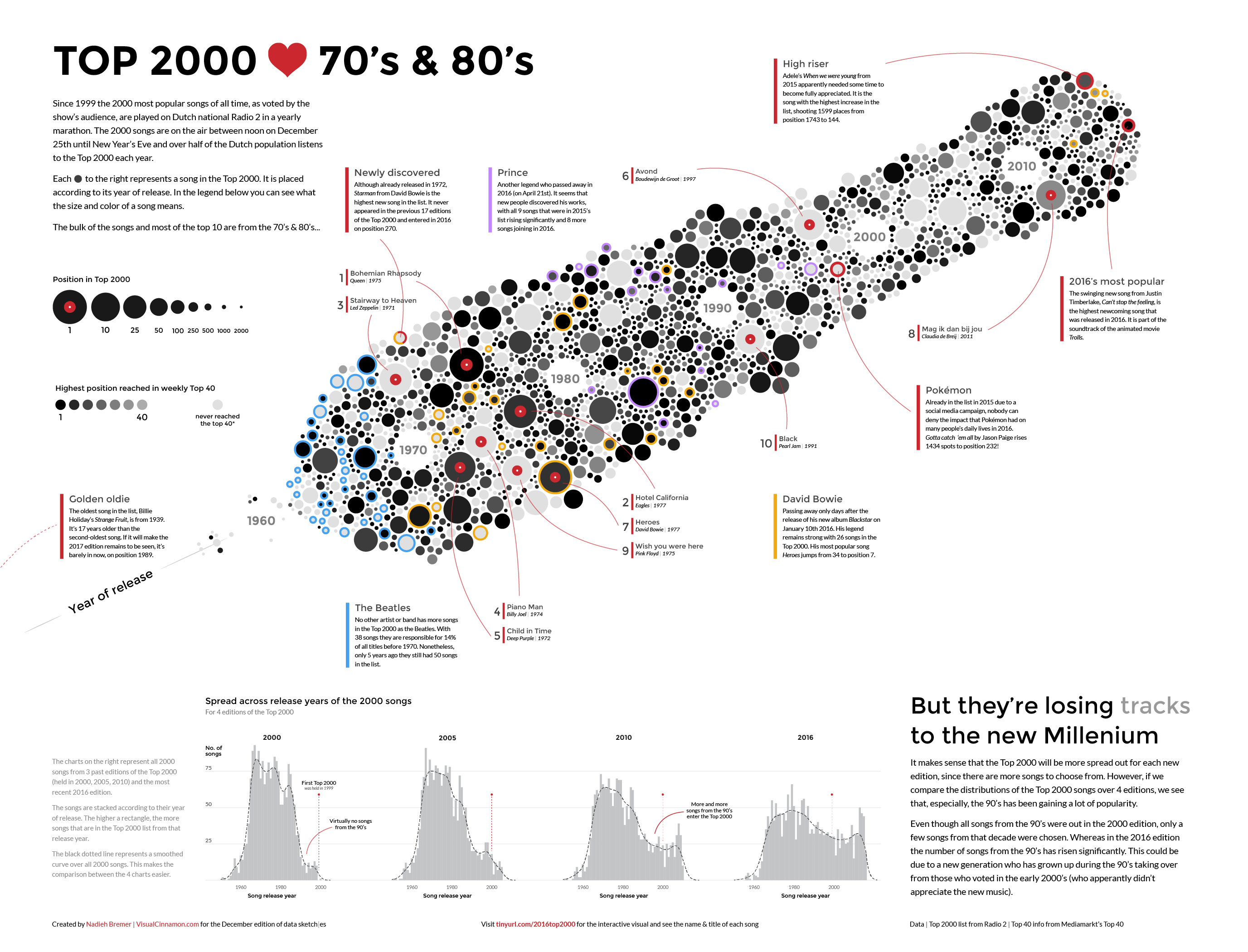 Read about the design process in this blog

*Most light grey circles, marked as songs that have not appeared in the weekly Top 40 are correct. However, for some of these, the algorithms might have not been able to link the Top 2000 title & artist to their Top 40 counterpart (due to very different spellings for example).